Like most people, we at times have a tendency to not pay attention to the un-pleasantries going on around us. Unless of course it hits closer to home.

While we were all out celebrating this past St. Patrick’s Day I was shocked to find out my friend’s daughter had been abducted and went missing for two days.  Fortunately, she was found “ALIVE” by the border patrol.  Unfortunately, they did not catch her assailants.  Things with her right now are sketchy at best and there are not many details.  I’m sure she’s shell shocked and the reality is she will probably never be the same.

Things could have turned out a lot differently.  I’m aware of that and the reality is that in some cases it does turn out tragically.

I obtained information from the Florida Coalition against Human Trafficking and here are some facts:

Coalitions have been started around the world due to the Florida Coalition Identifying possible trafficking in other countries like Grenada, Argentina, the Caribbean, Eastern Europe and Guatemala.

The Huffington Post reported:  The National Center on families homeless in the U.S. calculated nearly 2.5 million children were homeless at some point in 2013.

The information on this topic is endless and unbelievable at times.

One way you can HELP is to join the Southwest Florida Regional Human Trafficking Coalition Event on April 9, 2016. 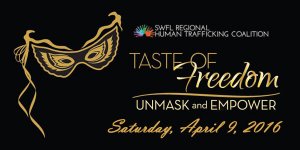