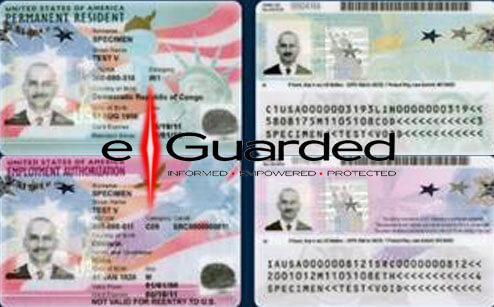 On April 19, U.S. Citizenship and Immigration Services (USCIS) announced it was redesigning the Permanent Resident Card (also known as a Green Card) and the Employment Authorization Document (EAD) as part of the Next Generation Secure Identification Document Project. USCIS will begin issuing the new cards on May 1, 2017.

These redesigns use enhanced graphics and fraud-resistant security features to create cards that are highly secure and more tamper-resistant than the cards currently in use.

The new card designs demonstrate USCIS’ commitment to taking proactive approaches against the threat of document tampering, counterfeiting, and fraud. They are also part of an ongoing effort between USCIS, U.S. Customs and Border Protection, and U.S. Immigration and Customs Enforcement to enhance document security and deter counterfeiting and fraud.

The new Green Cards and EADs will:

Also, Green Cards will no longer have an optical stripe on the back.

How To Tell If Your Green Card Card Is Valid