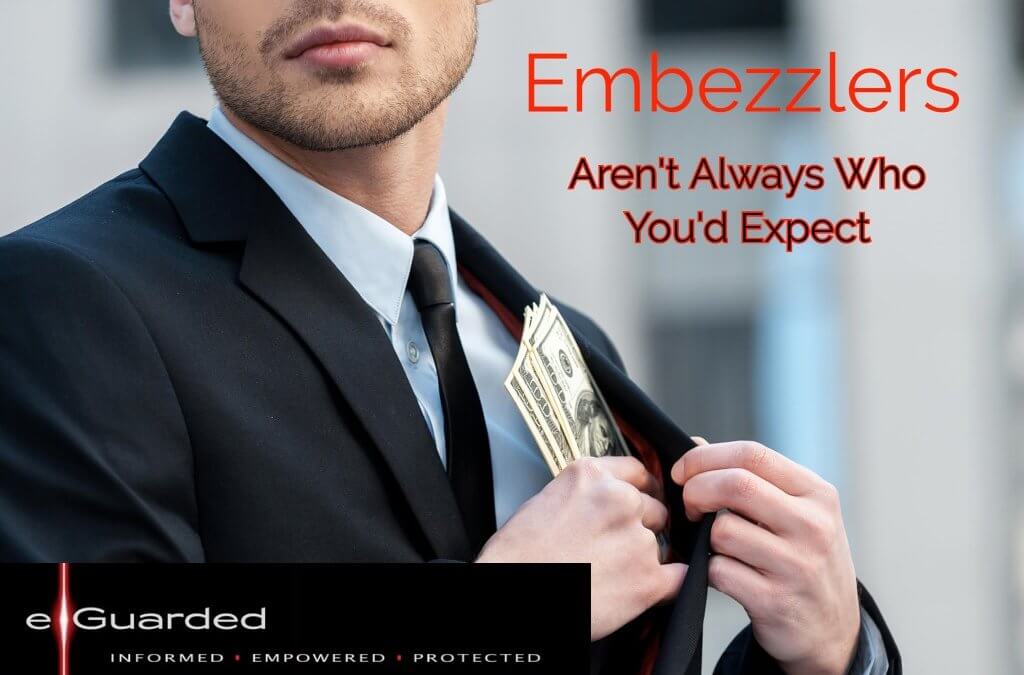 Certainly, we have all had some hardships when it comes to finances but most of us don’t embezzle or steal from our employers, we may borrow from a relative or friend just until we can get on our feet again. That would seem the most likely objective. Don’t you think?

The Answers Will Surprise You

Here’s an example of a woman who embezzled $100,000 from a dental office she worked part-time for from 2013- July 2015. BACKGROUNDING this applicant could have prevented this felony since she had already been charged with stealing from a Pediatric Care office in 2010.

Here’s a sad story of an executive director who embezzled $800,000 from a now debunked foster care agency. The Oregon Department of Justice filed a lawsuit that year accusing her of misspending at least $2 million in state funds to the detriment of the children in her care.

You have to ask yourself, what’s wrong with this picture?

In this next situation, the woman worked for this air conditioning company for over 18 years. She gained the trust of her employer and fellow employees over all those years until someone she worked with noticed she had been living over her means.  She had been stealing for over 3 years, to the tune of $370,000.s Is it really worth spending the next 25 years imprison for such an act?

Protect Your Business From Possible Embezzlers

In all of these examples I’ve shared it comes down to one thing and that is to BACKGROUND your employees. It’s the best thing you can do for you and your business. Don’t think it can’t happen to you. This goes on all over the country from the large corporations to the family owned businesses. Be wise and do your best to protect yourself and your assets. Background! It’s the least you can do.