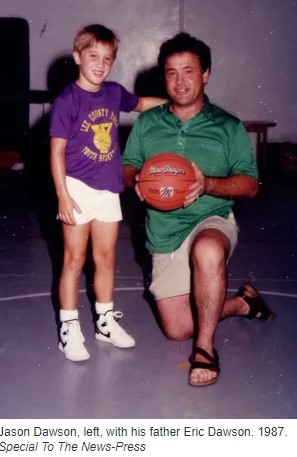 Thirty years ago, was a detective for the Lee County Sheriff’s Office in Florida assigned to their Major Crimes Unit investigating homicides. Although I have investigated numerous death cases, there are a few murder cases that still lurk in my memory to this day. One of those cases was the murder of Eric Dawson, a real estate developer in the fast-growing area of Lee County, Florida. It is a case that remains unsolved.

The case did not initially start as a murder investigation, rather, Eric was reported missing by his family. After a missing person investigation, it was theorized that Eric had fled Southwest Florida evidenced by his car being parked and abandoned at the Southwest Florida Regional Airport. There seemed to be many reasons why Eric would have fled the area once his business dealings were uncovered and revealed a trail of broken promises and penniless investors who gave him their life savings for real estate projects he was developing. I was not involved in the missing person investigation.

Three months later, a couple of hunters were walking through a remote area of Lee County and spotted unusual items laying on the ground. The hunters believed the items to be animal bones but quickly realized that the bones were probably human because pieces of clothing were attached. The hunters called the Sheriff’s office to report their discovery and soon thereafter I was on the scene. A gravesite was discovered… or more accurately described as a tomb. What we found was a large block of mixed concrete buried in the ground and inside the block of concrete was the body of Eric Dawson.  From that moment, the unsolved case continued to follow me, even to this day.

Mike Braun, a reporter for the Fort Myers News-Press, took an interest in the unsolved case and every few years he writes a story bringing light to the case hoping for some new information to develop.  Every few years, Mike calls me seeking any information or new memory I may have. Thirty years is a long time and memories fade. I have not been very helpful in Mike’s quest to generate new information that could solve the murder of Eric.

This may be the last article written on this story so I would like to share Mike’s news report along with his video interview with me near the original scene of the burial site. I wish I could have solved every murder that I investigated; no homicide detective ever does. My regret is that I was unable to bring the murderer(s) to justice for Eric’s family. At the time, Eric’s children were very young and are now all grown with their own children. Every few years I would hear from Eric’s oldest son who is now in his early 40’s. I am saddened when I talk with him knowing I was unable to give him what he wanted the most… the people responsible for his Dad’s murder. (For any tips on the case call the Lee County Sheriff’s Office 239-477-1000)

Written by:  Thomas A Kontinos